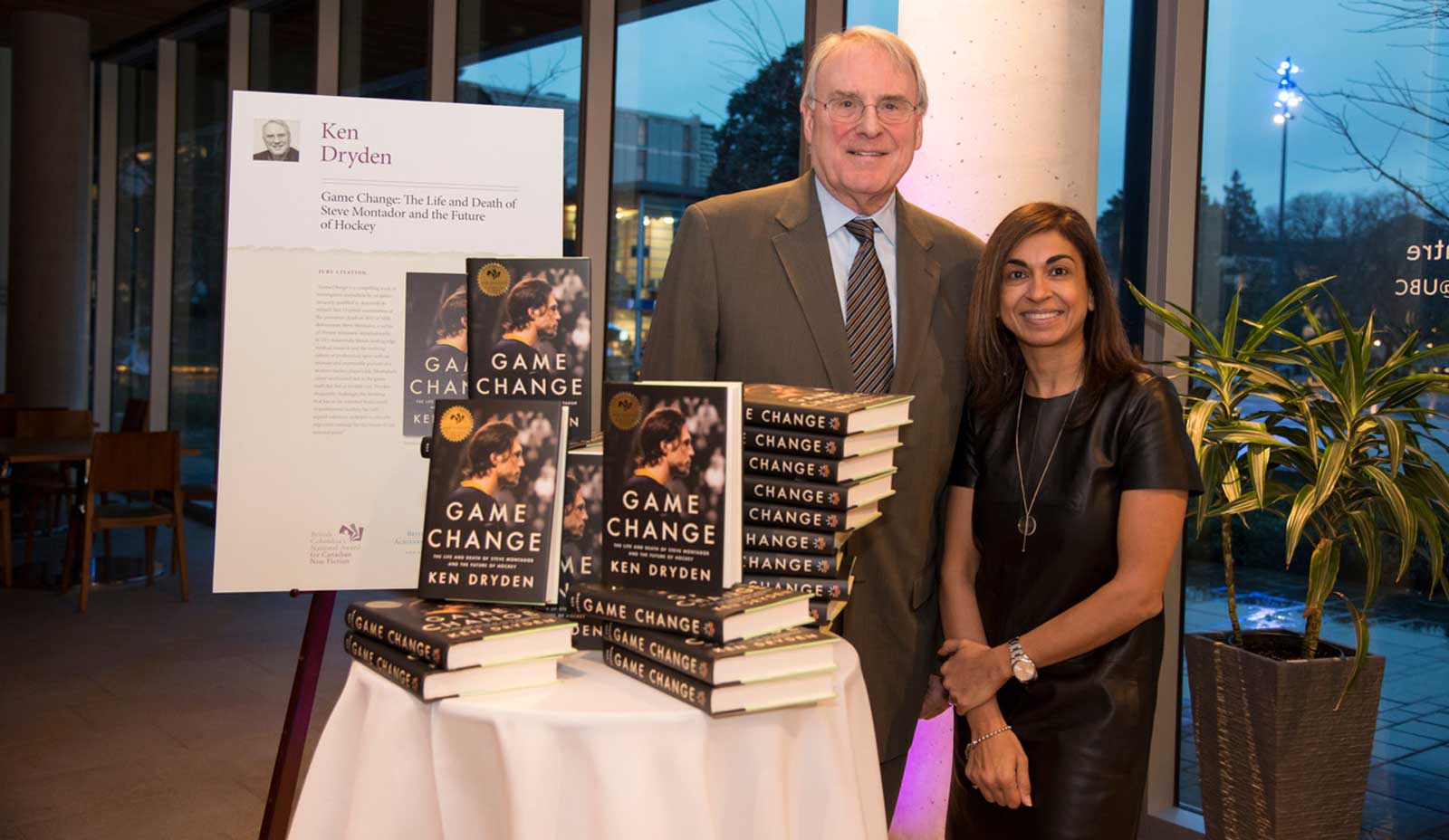 On February 1, the BC Achievement Foundation celebrated some of the best in Canadian non-fiction at their annual Award for Canadian Non-Fiction ceremony and reception.

Ken Dryden, a former NHL hockey player and cabinet minster, was one of four shortlisted finalists for his book, Game Change: The Life and Death of Steve Montador and the Future of Hockey. The book is about concussions in sport and how professional hockey needs to change in order to protect its players from brain injury.

Dr. Shelina Babul introduced Mr. Dryden and his book, and congratulated him on his work to reduce concussion in sport.

“Game Change is Ken Dryden’s wonderfully executed power play. He passes the puck between Steve Montador’s life, the evolution of hockey, and the science of concussion,” said Dr. Babul. “He then leads us on a breakaway towards the goal: Awareness is important, yes—but it’s time to act, and act now.”

CBC journalist Carol Off received this year’s award for her book, All We Leave Behind: A Reporter’s Journey into the Lives of Others.

Congratulations to all of the finalists for their excellent work!

Watch Dr. Babul’s introduction of Mr. Dryden, as well as Mr. Dryden’s remarks, on the BC Achievement Foundation’s website.